The Camino Francés: From Borce to Puente la Reina 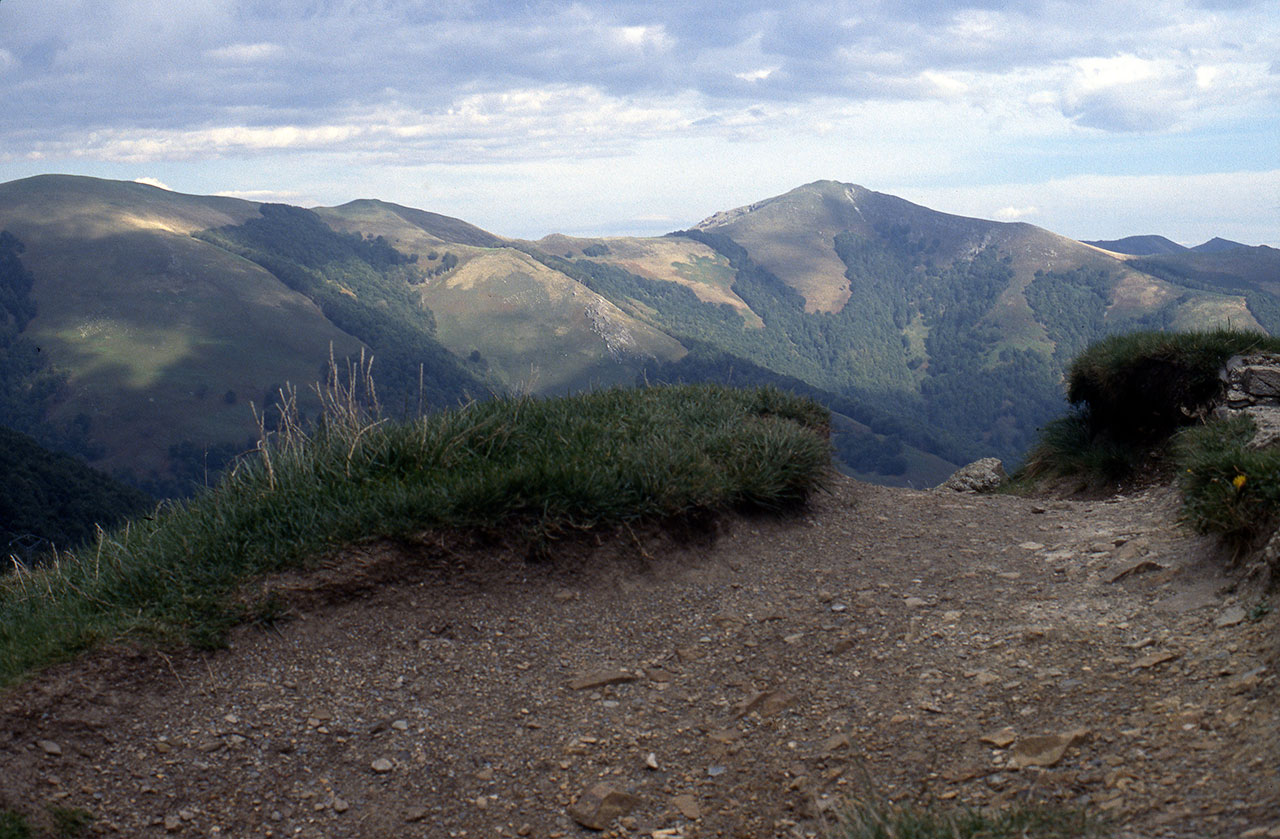 The Road to Santiago de Compostela known as the Camino Francés is prescribed in the medieval text commonly referred to as the Pilgrim’s Guide.

According to the text pilgrims who used the Toulouse Road from France entered Spain over the central Pyrenean pass of the Somport, (Portibus Asperi). From the Bearnais town of Oloron-Sainte-Marie (Illoronensium) they followed the old Roman road, which passed through Oloron from Dax towards Saragossa. This went by the heavily forested valley of the river Aspe through the town of Borce (Borcia), after which the river runs through a narrow gorge. From there the terrain rises steeply to the pass, which allowed passage at 1,600 metres just below the Aspe mountain. 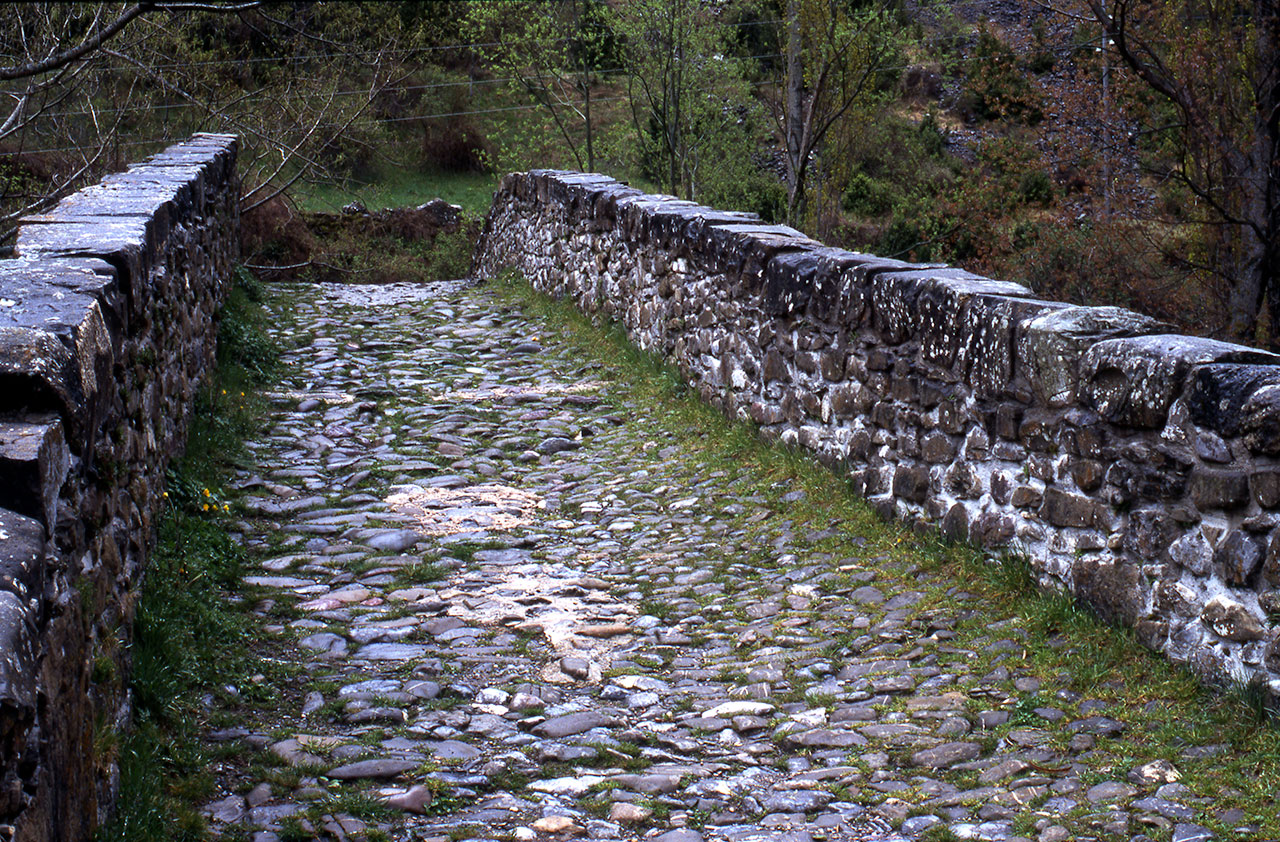 At this point there stood a hospice monastery, Santa Cristina, (Hospitalis Sancte Cristine) dedicated to the care of the pilgrims who had completed the arduous ascent. The monastery consisted of a priory with a hospital attached and these were held under papal protection.

As the road began its downward descent, it joined the fast flowing Río Aragón by the Col de Ladrones where a fort was erected to defend pilgrims against the thieves who lay in wait, preying on the vulnerable travellers as the road narrowed down the river gorge towards Canfranc, (Camfrancus).

Founded at the end of the eleventh century by the Aragonese king Sancho Ramirez, Canfranc was a toll station and customs house designed to profit from the trans-Pyrenean trade which was now flowing across the mountains. 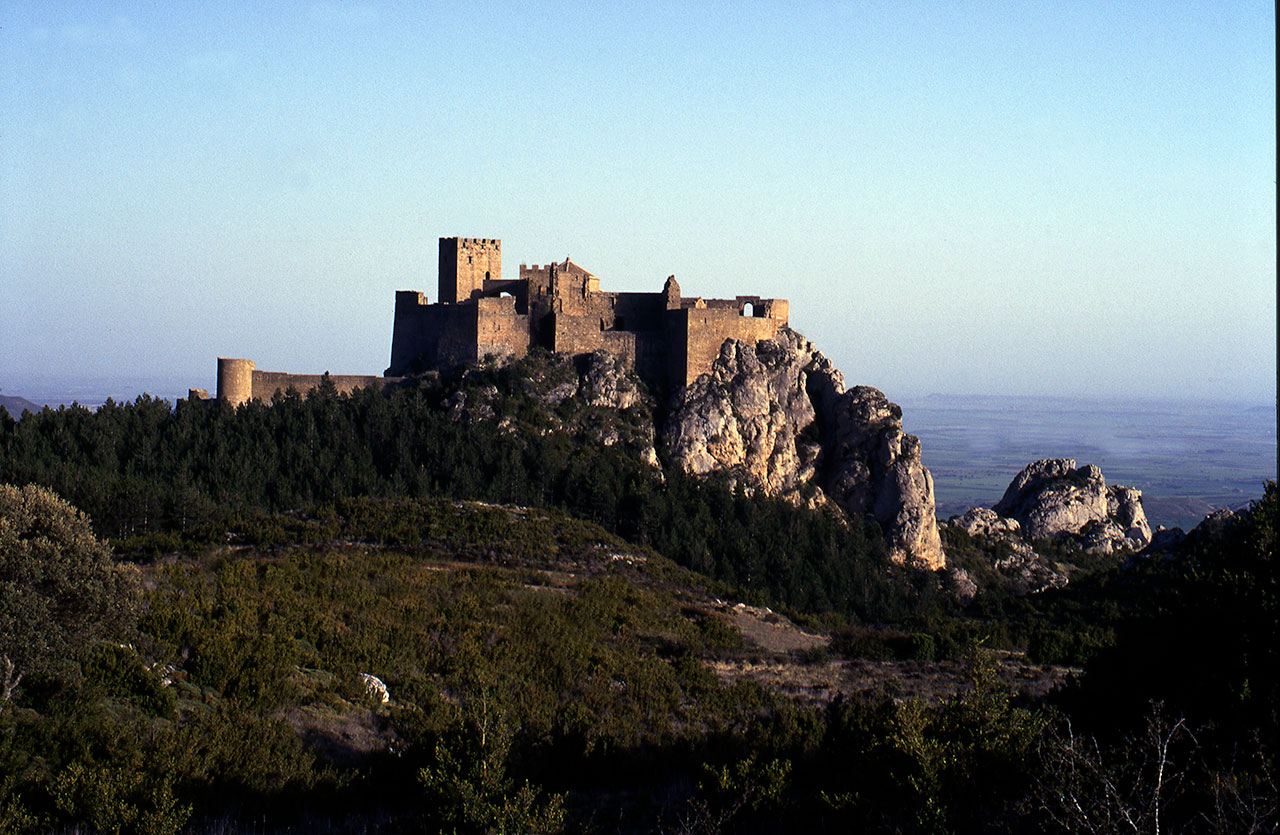 ​Two bridges allowed pilgrims to cross and recross the Aragón river as the road descended towards the major station of Jaca, (Iacca) which was at the time, the royal city of the kingdom of Aragón. A leper hospital awaited pilgrims in need of care and the important relics of Santa Eurosia, a martyr of the Saracen wars, could be venerated at the magnificent cathedral of San Pedro.

After Jaca, the road continued along the banks of the Aragón river which, after the mountains, took a sharp rightwards turn into open country.

As they left Jaca over the Puente San Miguel, several important monastic establishments vied for the attention of pilgrims, leading to variants in the route.

Following the river on the left bank, a short distance from the road was the royal convent of Santa Cruz de la Serós and further on the even more illustrious abbey of San Juan de la Peña.

The Pilgrim’s Guide describes the road as passing through Osturit, once a royal seat of the Aragonese kings and Tiermas, (Termas) which was said to be the site of the royal baths. Although unmentioned by the Guide, the route passed by another important the monastery, the abbey of San Salvador de Leyre. 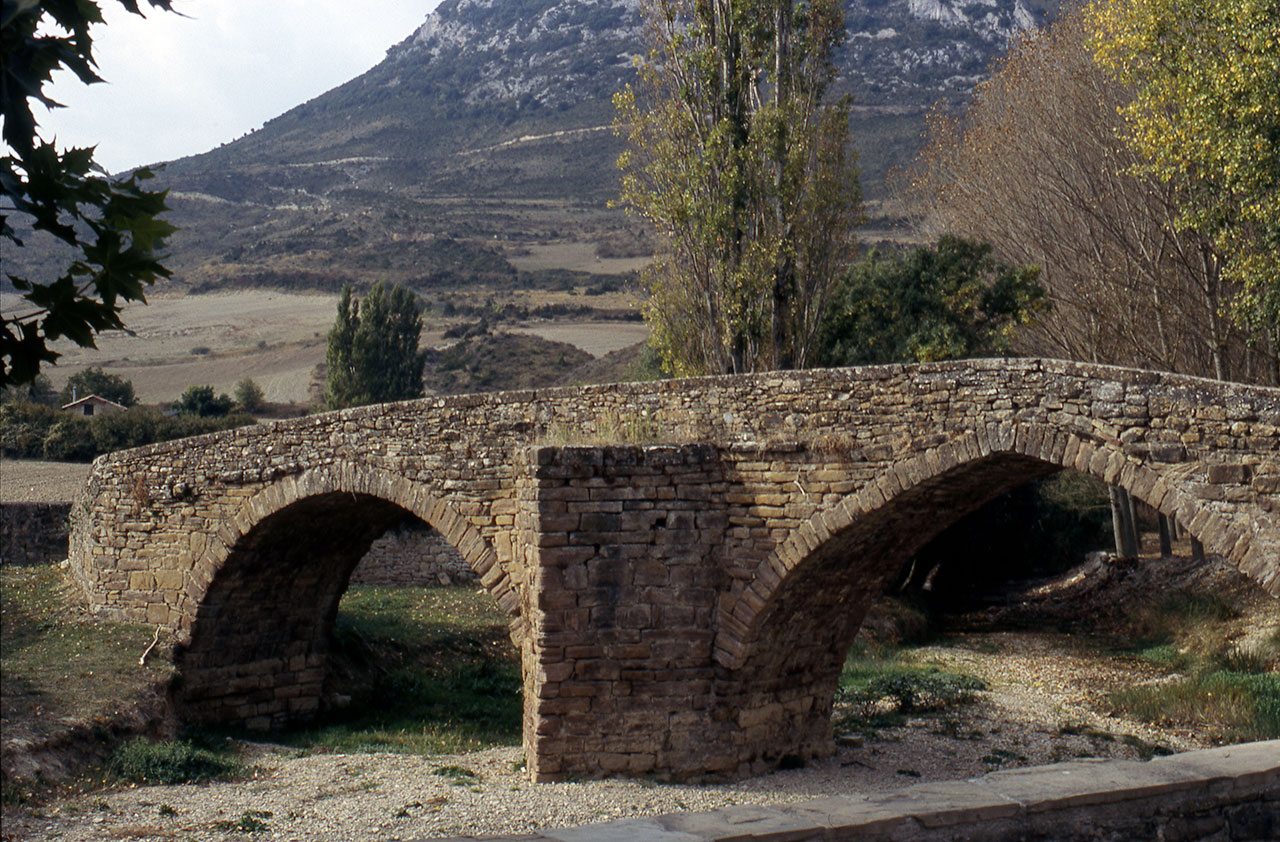 The route which passed to the south of the Aragón River traversed Ruesta. and Undués de Lerda before reaching the town of Sangüesa. Ruesta was the site of an old Moorish castle, which had been subsequently enlarged in the early eleventh century to form a substantial castle overlooking a priory and hospice of Santiago on the camino below.

At Sangüesa, the river Aragón was sufficiently wide to warrant a bridge of seven arches and the town was deliberately developed as a pilgrimage station by, one of the most important of royal patrons of the Compostelan pilgrimage, Alfonso Ist “el Batallador”. Alfonso ruled the joint kingdoms of Aragón and Navarre from 1104 until 1134.

Sangüesa’s walls comprised six gates and in 1131 the Knights of Saint John Hospitaller were installed in a commandery which included the church of Santa María la Real within its precincts.

From Sangüesa the two roads on each side of the Río Aragón met at Liedena as pilgrims made for Monreal, (Mons Reellus). Mentioned in the Pilgrim’s Guide, the location took its name from the royal castle on the hill above the Camino. Continuing westwards the road passed Santa María de Eunate where a substantial hospice welcome pilgrims. At Obanos, the Aragonese Camino, entering Navarre, joined the other main route from France, which had passed through the Cize Pass by way of Roncevaux and Pamplona.