The Camino Francés: Estella to Burgos 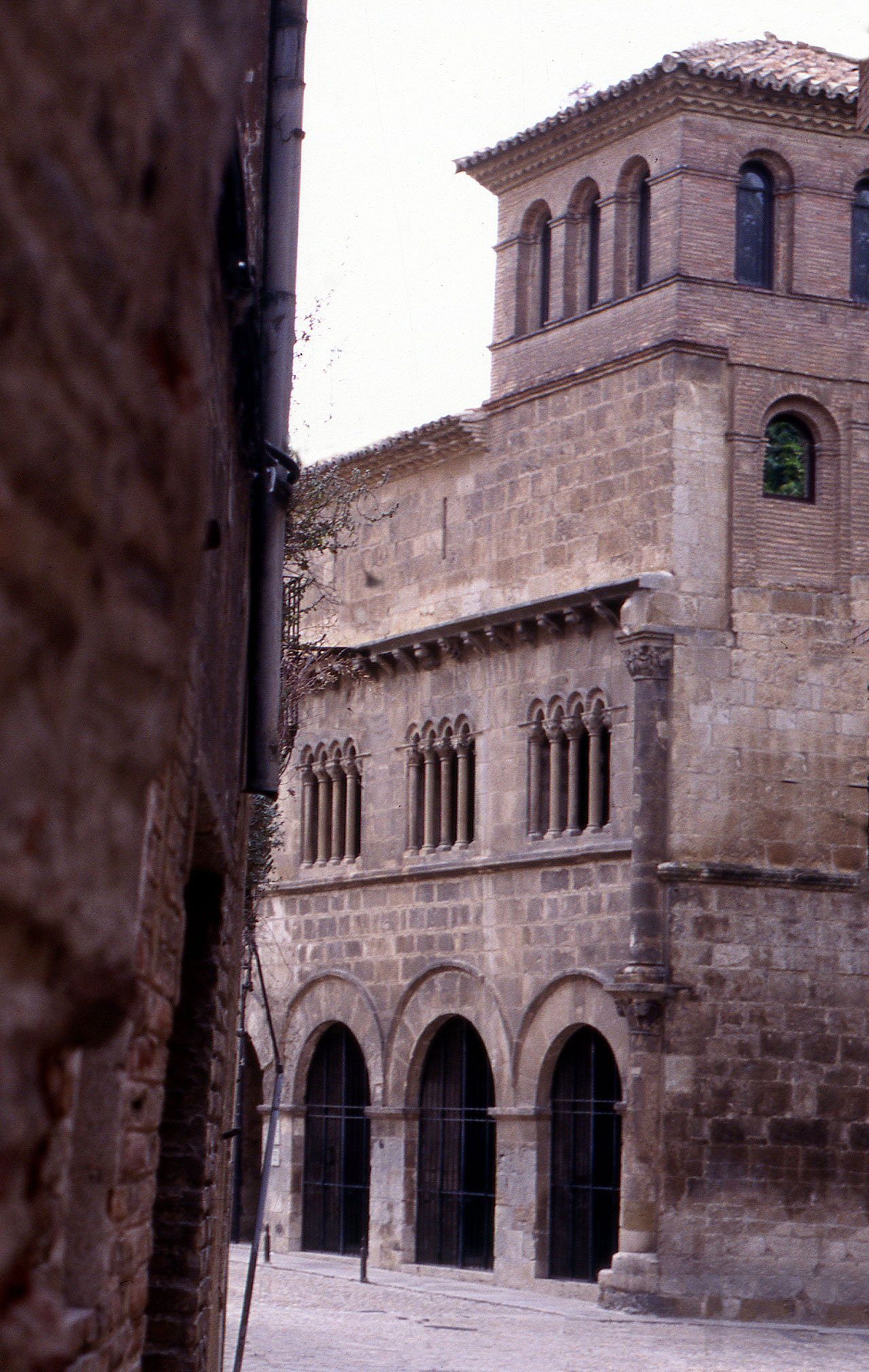 The Pilgrim’s Guide, the twelfth century Latin text which described the road to Santiago de Compostela known as the Camino Francés, directed pilgrims through Navarre and Castile to the city of Burgos. From Estella the Camino descended towards the valley of the great River Ebro passing through Los Arcos, (Arcus). The road passed the hill of Monjardín, (Montem Garzini) crowned by castle of San Esteban, site of a celebrated episode in the History of Charlemagne and Roland.

Logroño, (Grugnus) was the highest navigable point of the Ebro. It was granted privileges by Alfonso VI of León-Castile at the end of the eleventh century to aid its development as a major pilgrimage way station. A bridge of twelve arches, which spanned the river was originally built at the instigation of Alfonso VI and was later repaired by Juan de Ortega a follower of Santo Domingo who is commended in the Guide for the work he did to consolidate and develop the infrastructure of the Camino in the region.

There was a church and guesthouse dedicated to Saint Gilles run by nuns from Santa María de Nájera. On leaving Logroño, the Hospital of Saint Lazarus cared for sick pilgrims and lepers just beyond the city limits.

Passing by Villaroya, (Villa Rubea) the Camino reached one of its most important stations, Nájera, (Nagera) via a bridge of seven arches. Adjacent to it was a pilgrim’s hospice. Nájera had been much promoted by Sancho El Mayor during the first half of the eleventh century when the course of the Camino Francés was being defined. Originally pilgrims had followed the old Roman road to the south. Those efforts to promote the Camino were continued by his son, king García Ist.

According to the Guide Nájera marked the end of fourth day’s journey.

During the eleventh century Nájera was the capital of the kingdom of Navarre and the royal monastery of Santa María la Real became one of the most important centres of Cluniac influence in northern Spain when it became a dependency of the Burgundian abbey in 1079. Santa María also maintained a hospital for the care of pilgrims.

Cluny was the French abbey, which had reformed Benedictine monasticism over a period of two centuries. By the time of the Guide, in the middle of the twelfth century, Cluny was at the head of a federation of hundreds of dependent monasteries across Europe. With close ties to the Papacy, the monks of Cluny were actively recruited by the kings of northern Spain. Beginning with Sancho El Mayor in the first half of the eleventh century, the intention was to replace the old Spanish Mozarabic liturgy now considered obsolete, with the Roman Mass so that Hispanic practice coincided with the rest of Western Christendom.. At the same time, Cluny fostered and encouraged the Compostelan pilgrimage, establishing major centres along the Camino. 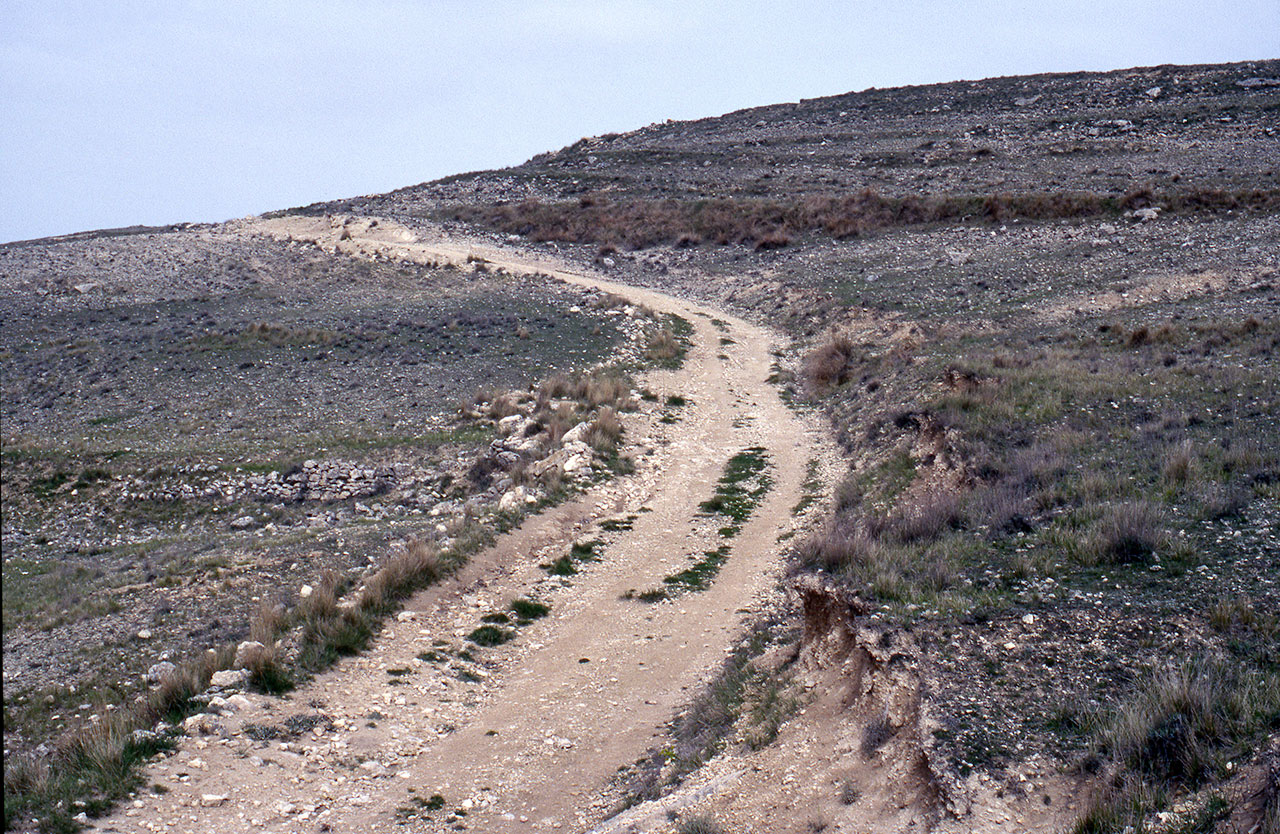 Nájera was the location of one of the most significant episodes of the Charlemagne mythology. It was there that the Saracen army had sent out their champion the giant Ferracutus to do single combat against the Frankish hero Roland.

From Nàjera the Camino headed due west towards Burgos with the Cantabrian Mountains visible to the north and the Sierrra de la Demanda to the south.

Traversing Santo Domingo de la Calzada, (Sanctus Dominica) and Redecilla, (Radicellas) the Camino was directed across the rugged forested land of the Montes de Oca, which had been partially cleared by Santo Domingo. Domingo had led a construction campaign to improve the road from Nájera to Recedilla and was very soon beatified for his efforts. Redecilla stood on the old Roman road and had a hospital.

The next town was Belorado, (Belfuratus) another urban conglomerate which benefitted from the pilgrimage road traffic and the royal patronage of Alfonso El Batallador. At the town’s entrance a hospice attached to the church of Santa María de Belén welcome pilgrims.

At Belorado the Camino passed from Navarre into Castile with the road rising to 1130 metres before starting its descent to Villafranca Montes de Oca, (Francavilla inde Nemus Oque) where there was a monastery of San Félix dependent on San Millán de la Cogolla. 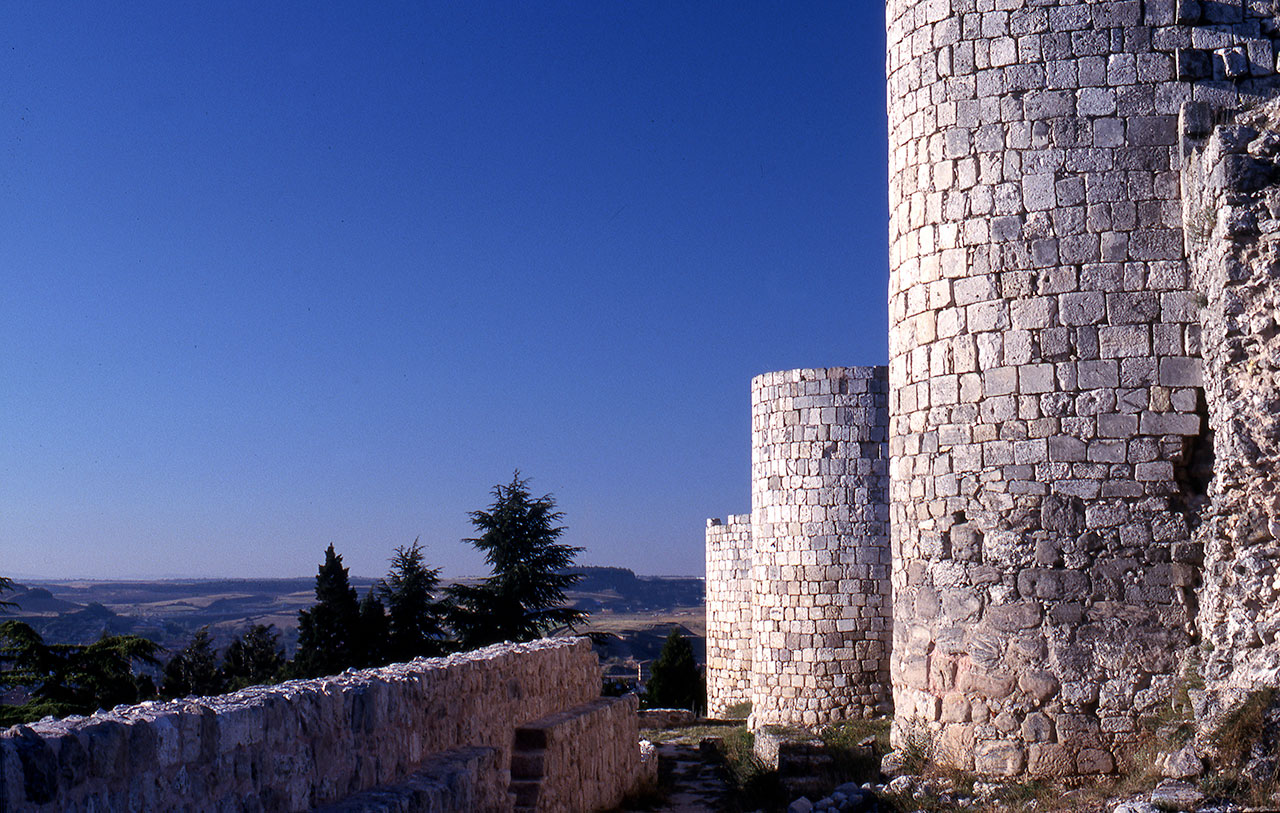 Before reaching Burgos pilgrims passed the church built to house the relics of the canonised Juan de Ortega and at Atapuerca, (Altaporca), there was the site of the battle between Fernando Ist of Castile and García Ist of Nájera in 1054.

As capital of Castile, the most powerful of the northern Christian kingdoms, Burgos, (Burgas) was inevitably one of the most important stations of the Camino. The Guide places Burgos at the end of the fifth day’s journey. It stood at the confluence of two routes, the Camino Francés and the road from Bayonne and by the twelfth century was an urban centre of considerable significance surrounded by imposing city walls.

From the eleventh century a number of hospitals cared for pilgrims including one attached to the monastery of Saint Adelelmus, a Benedictine monk invited by Constance of Burgundy to establish a centre of Cluniac influence in Castile.

Burgos’ cathedral of Santa María was begun at the behest of Alfonso VI who donated his palace for its site. Alfonso was also responsible for the founding of several hospitals including that of Saint John.

Pilgrims left the city by the bridge across the river Arlanzón, adjacent to the the leper hospital of Los Malatos.

South of Burgos some way off the Camino, is the eminent Benedictine monastery of Santo Domingo de Silos. The abbey’s cloister features a relief which is perhaps the most emblematic of the Compostelan pilgrimage in all Romanesque art. The northeast pier has an image of the Disciples at Emmaus which depicts Christ as an eleventh century pilgrim to Compostela, identifiable by the scallop shell which adorns his bag.