This book was written in various places, that is to say, in Rome, in the lands of Jerusalem, in France, in Italy, in Germany, in Frisia and mainly in Cluny. 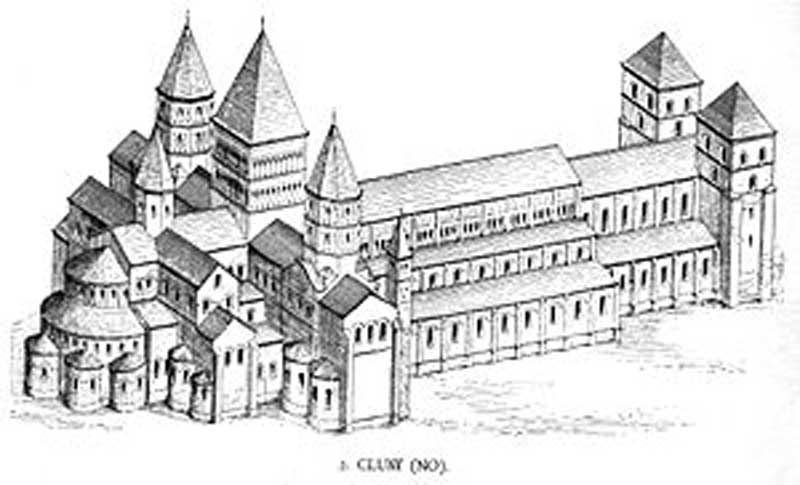 In 1088 construction began, at a small hamlet in the Burgundian countryside, of the largest church in Christendom. It was funded with gold from West Africa which had been extorted from the Moorish states of Andalusia by the rulers of Christian Spain. The new building was the abbey church of the monastery of Cluny.

In return for prayers to be said at Cluny for the redemption of their deceased souls, the emperors Fernando Ist and his son Alfonso VI of Leòn-Castile had granted the gift of a massive annual census which provided the necessary funds for the great enterprise.

This is perhaps the most extraordinary illustration of the power and influence of the great Burgundian abbey and of its impact in the affairs of Christian Spain.

The Pilgrim’s Guide ends with the attribution that it was written “mainly in Cluny”. Was the abbey of Cluny the architect of the great rise in popularity of the pilgrimage to Santiago de Compostela? The evidence that it was seems overwhelming. 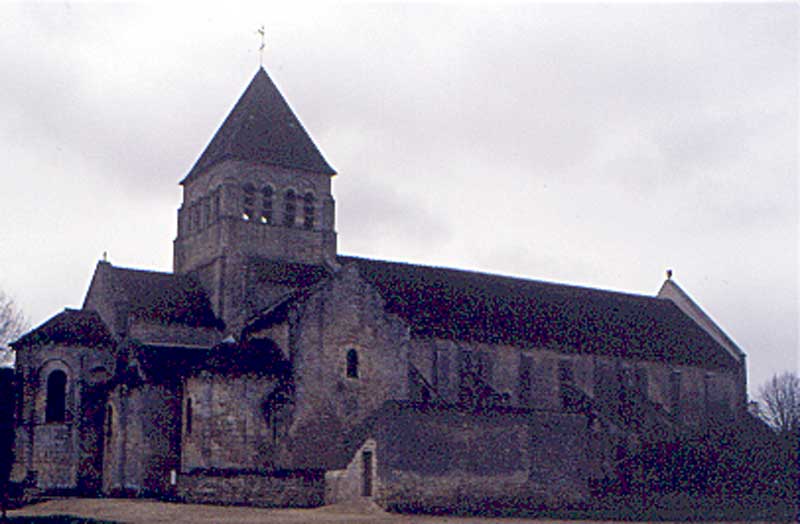 Along the pilgrimage roads to Santiago de Compostela were many monasteries which belonged to the Cluniac federation. Indeed many of the most important stations were closely affiliated to the great Burgundian abbey. On the Limoges road there was Vézelay, La Charité-sur-Loire and Saint Martial. On the Puy route the abbey of Moissac was the centre of Cluniac power and influence in the southwest of France and on the Toulouse route the important shrine of Saint Gilles. On the Tours road was the priory of Saint Eutrope.

In Spain, monks from Cluny were requested by the highest echelons of society to reform monasteries and particularly oversee the replacement of the Mozarabic rite by  the orthodox Catholic liturgy. 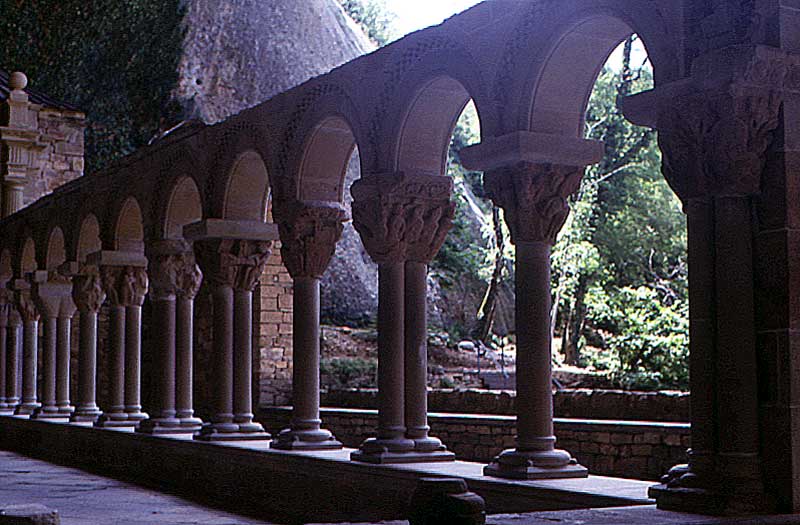 The Cluniacs were invited to take over the royal monastery of Aragon at San Juan de la Peña and after developing close ties with the emerging kingdom of Leòn-Castile, developed pilgrimage stations at Najèra, Burgos, Carriòn de los Condes and perhaps most notably at Sahagùn, the most important Cluniac monastery in Spain. When in 1085 the ancient Visigothic capital of Spain was reconquered from the Moors it was a Cluniac, Bernard of Auch who was appointed its archbishop over all Spain.

At the highest level were strong political ties between Burgundy and Compostela itself, in which the interests of Cluny were closely interwoven beginning with the marriage of Alfonso VI to the niece of Cluny’s abbot Hugh, Constance of Burgundy.

Perhaps no greater reason existed for Cluny’s involvement in Spanish affairs than to promote Christian power in order to overcome what Cluny considered the “heresy” of Islam.