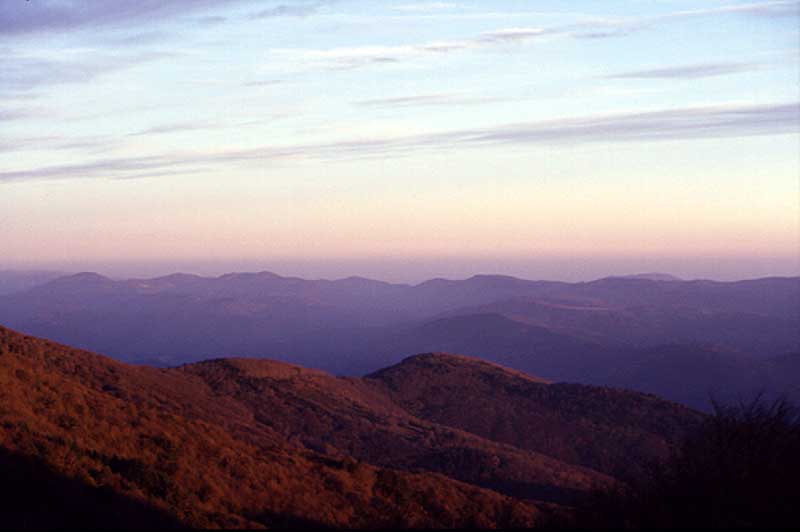 The Toulouse road to Santiago de Compostela had a number of variants. The Book of Saint James mentions several places along the way, notably Saint Guilhem, Montpellier and Saint Thibéry which already indicate at least one, if not more alternatives through Languedoc to reach the shrine of Saint Saturninus at Toulouse from Saint Gilles.

One of these adopted the old Celtic road from Nîmes to Toulouse. Following the course of the valley of the Orb river in order to negotiate the rugged mountain terrain, the route passed by the abbey of Villemagne and its dependent priory of Saint-Pierre-de-Rhèdes. Reaching the priory of Saint-Julien at

Olargues where the Orb turns sharply south, the road westward to Toulouse lies along the valley of the Jaur to the abbey of Saint-Pons-de-Thomières.

The abbey of Saint-Pons was a hugely influential and powerful monastic centre heading its own federation of  dependent monasteries, many of them beyond the Pyrenees in Spain. An indication of the regard in which the monastery  was held can be guaged by the attendance of Pope Urban II at the dedication ceremony of the new church building in 1096 as he made his way from Clermont, where he had addressed the Frankish aristocracy with his call to the First Crusade.

Already in 1094, the abbot Frotard had been one of the group of  significant clerical figures at the consecration of the new church of San Juan de la Peña, the royal Aragonese abbey and a key institution in the Spanish Reconquista. One of the dependent monasteries in Spain belonging to Saint-Pons-de-Thomières was San Pedro el Viejo, donated by Pedro Ist of Aragon after it was conquered from the Moors.

The abbey of Saint-Pons-de-Thomières had been founded in 936 by Raymond III Count of Toulouse. Previously, at this location close by the source of the Jaur river, there had been a hermitage dedicated to Saint Martin. One year after the foundation of the new monastery, Raymond and his wife Garcinda,  daughter of the Count of Narbonne had arranged the translation of the relics of Saint Pons from Cimiez,  site of his martyrdom in 257 in the region of Nice, henceforth becoming the new patron.

Raymond and Garcinda had also requested the assistance of the monks of Saint-Géraud d’Aurillac to help them establish their new foundation. Aurillac had a strong Cluniac tradition having itself been established under the influence of the great Burgundian abbey.

With the arrival of the relics of Saint Pons a flow of donation began which led to the abbey growing in considerable wealth. Their greatest abbot, Frotard held the position of head of the abbey for thirty-eight year until his death in 1099.

With the ever increasing influx of pilgrims and its position as a station on the Compostelan road a new larger church building was required. It was this building which was dedicated by Urban II.