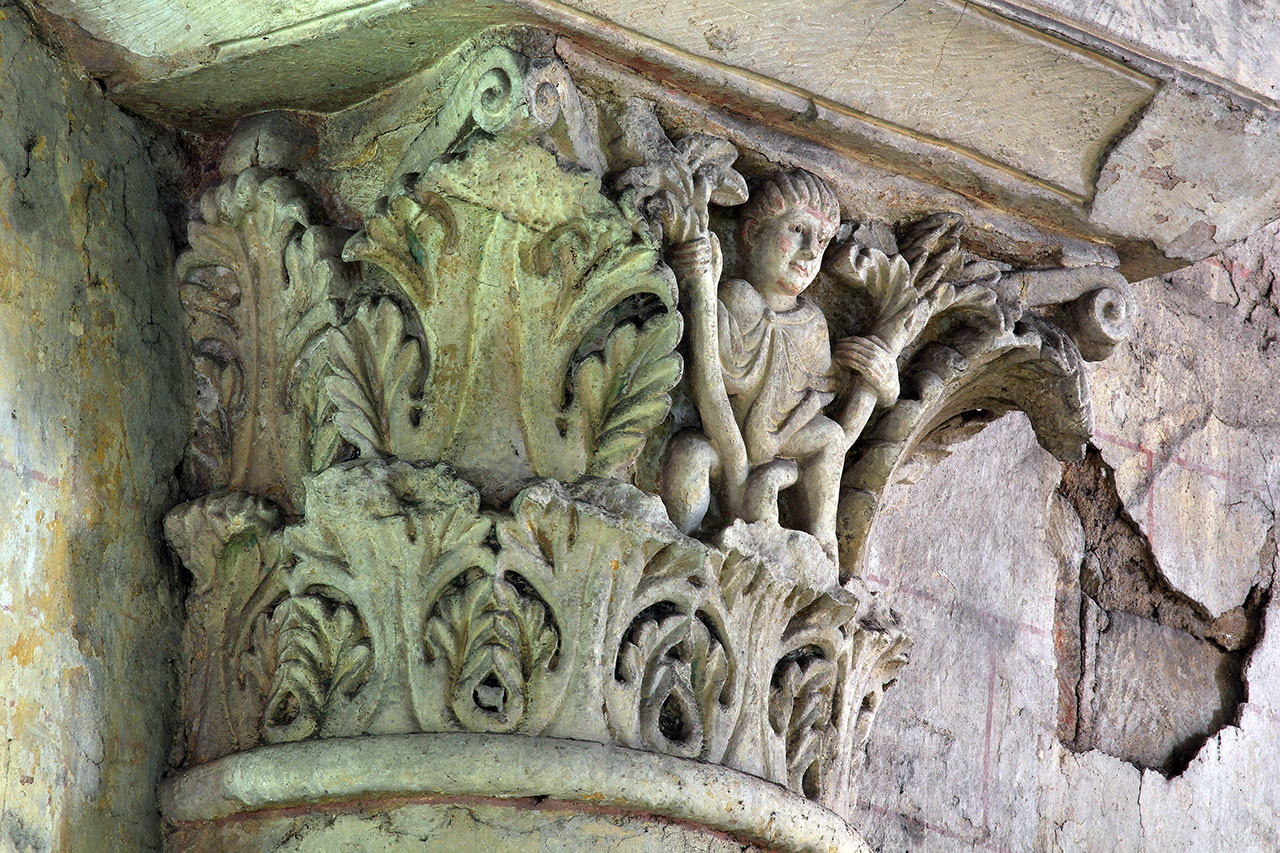 The medieval mind considered the visible world to be an illusion which veiled an underlying reality and such a notion naturally informed the attitude towards images.

In keeping with this, the Romanesque conception of the pictorial arts was heavily informed by the idea that, as a matter of course images were subject to no single interpretation but rather were intended to carry multiple layers of meaning.

This attitude was in part derived from the practice of exegetics, a method of amplification of Biblical texts. Finding levels of significance in sacred texts, exegetics followed a tradition found in many cultures but which reached Christianity through the Jewish tradition of Midrash.

This approach to textual analysis had first been applied in the Christian sphere by Origen in the third century. The exegetical method was later developed and expanded by other writers such as Jerome, Augustine and then on into the medieval period, particularly by Hugues of Saint Victor in the early twelfth century

According to Origen and subsequent writers there were four ways to approach a text: Literal, Typological, Tropological and Anagogical.

For Hugues of Saint Victor each level of significance pointed in a specific direction, like the cardinal points. The Literal, which was the narrative level pointed to the Past. The Typological, whereby the subject also prefigured another, was evident in the connection between the Old Testament and the New, thus pointing towards the Future. The Tropological was the present Human level and addressed moral issues. The Anagogic was directed upwards to the Spiritual level. 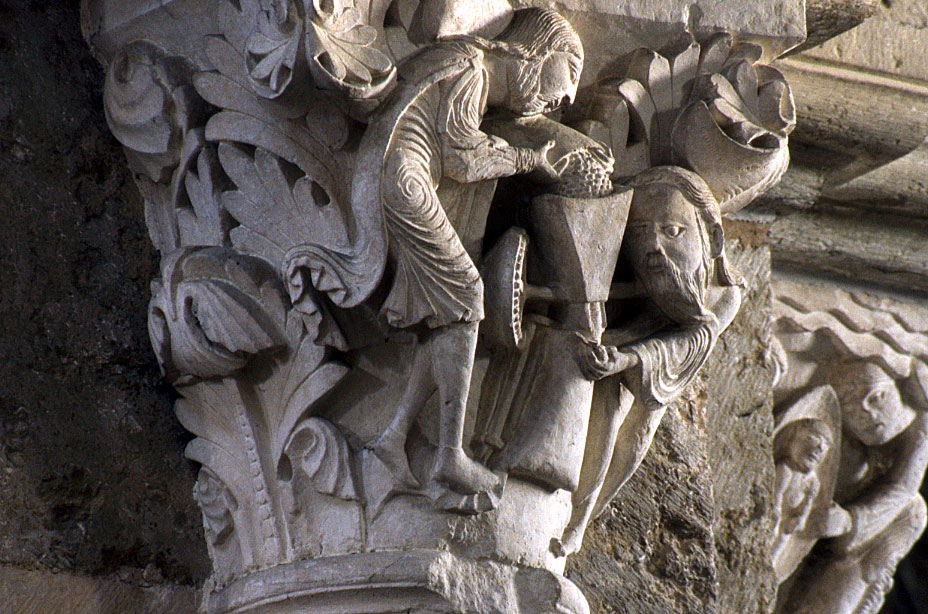 Furthermore, in his work, the De Scriptus et Scriptoribus Sacris, Hugues made a distinction between the Allegorical and the Anagogical. Allegory, he defined as an invisible subject being represented by a visible one, whereas the Anagogic revealed the invisible sense of a visible source.

The eleventh century saw a dramatic increase in church building in Western Europe. This was part of the cultural movement that came to be known as the Romanesque.

As the century progressed monumental stone sculpture which had been absent from the Latin West since the end of the Roman Empire was gradually revived. Large-scale sculptural programmes dominated the entrances to the churches, sometimes in the form of a hemicycle or tympanum above the doorway and sometimes covering the whole facade.

The exegetical method was applied to all forms of Romanesque culture, including monumental sculpture. The image was a representation of the exegetical analysis in pictorial form, so that the different layers of meaning were contained within the stone carving.

In terms of style, the Romanesque drew on a variety of historical precedents; Byzantium, Classical Antiquity, Celtic, Mesopotamian and some Nordic influences. These were sacred images intended to produce a corresponding spiritual impression on the viewer.

That consideration also found its influence on the figurative style of Romanesque sculpture so that notions of aesthetic beauty were of secondary importance to the function of the image. Meaning could be conveyed through figurative distortion.

Corbels lining the cornices below the exterior roof featured all manner of strange figures. Historiated capitals, quadrangular blocks which surmounted round columns to bear the weight of the arches were carved with narrative scenes.

In keeping with the practices of the past, Romanesque sculpture continued a propensity for using images for apotropaic purposes, the use of images to ward off evil spirits. Historiated capitals could be placed at remote positions where they would be seen with difficulty by the human observer.

The use of stone sculpture formed an integral part of the concept of the church building itself as an inherently ritualistic space and the images were an extension of that. The placing of an image of Saint Michael at the western end of a church for example, served the purpose of obstructing demonic forces from entering. Romanesque sculpture following all other ancient traditions, continued the notion that images were autonomous and active entities capable of exerting their influence on, not just the observer but on unseen forces as well.