In the Book of Revelation, after the breaking of the fifth seal, the author declares, “I saw under the altar the souls of them that were slain for the word of God and for the testimony which they held” 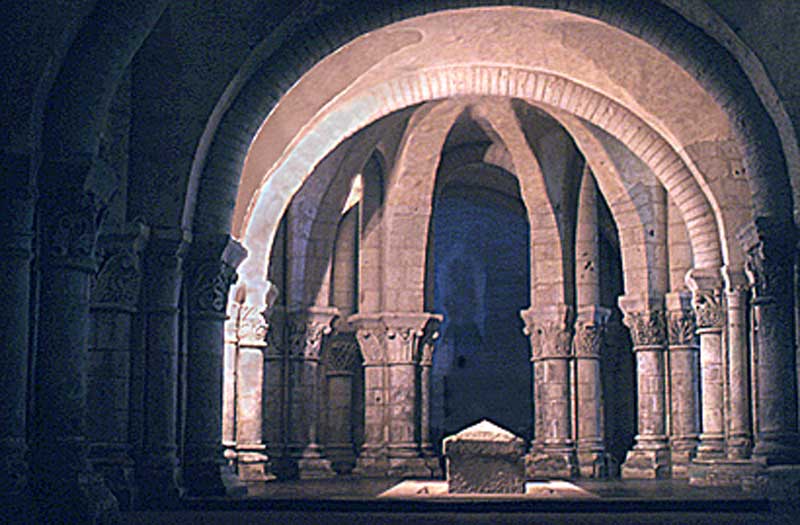 From early Christianity, it was the practice to venerate the relics of the saints. Relics were the bodies, that part that was left behind on earth when the soul had ascended to heaven. It was said that these were in many cases perfectly preserved and that rather than smell of decomposition they emitted an attractive perfume, hence the expression “to die in the odour of sanctity”. In reality it was the skeleton or a part thereof.

Men would have to wait until the End of Time to enter Paradise, but the saint ascended directly into the presence of God. Out of this arose the notion of their mortal remains being a conduit between Heaven and Earth. Prayers said before relics carried much greater weight.

The Christian cult of the saints held that they were of two orders: the martyrs and the confessors. That is, those who were killed for their faith and those who were celebrated for upholding and spreading it. The wave of persecutions of Christians which spread through Gaul in the early fourth century produced no shortgage of martyrs and a canon of the Council of Carthage in 401, taking its lead from Revelation, stated that the bones of saints should be placed under all church altars.

The popularity of relics grew as more and more pagans were converted. Their cults were transformed from the magical to the miraculous. Secondary relics, such as cloth worn by the saint also became widespread.

In the East an alternative cult had developed, that of icons – pictures of saints which held the same miraculous properties as relics. In about 790, the Frankish ruler Charlemagne issued a lengthy text to Pope Adrian on the question of icons. Charlemagne insisted on the cult of relics: “The Greeks place almost all the hope of their credulity in images but it remains firm that we venerate the saints in their bodies or better in their relics”.