| Apostle James Eschatology Galicia Santiago de Compostela
Santiago de Compostela lies only twenty miles inland from the Atlantic ocean at the far western extremity of the European landmass, adjacent to a point of land known to the Romans as Finis Terra, the “End of the Earth”.

The seemingly limitless expanse of ocean beyond was the Mare Tenebrosum, the dark sea. Since ancient times this coastline, known more recently as the Costa da Morte, had been used by traders who sailed along it towards the tin mines of the Scilly Isles and Cornwall. It was an important trade route linking the classical mediterranean world with the Celtic.

It was via these old trade routes that cultural and religious ideas were transmitted. For the Greeks, the far west was considered the mythical Land of the Dead and they dubbed the inhabitants the Keltoi, after Caillaech, their mother goddess.

That land known today as Galicia was a remote country bordered by the sea to the north and west and the mountains to the  south and east. It retained its Celtic heritage long after the surrounding area had been Christianised. Still today the landscape is dotted with druidic dolmens. 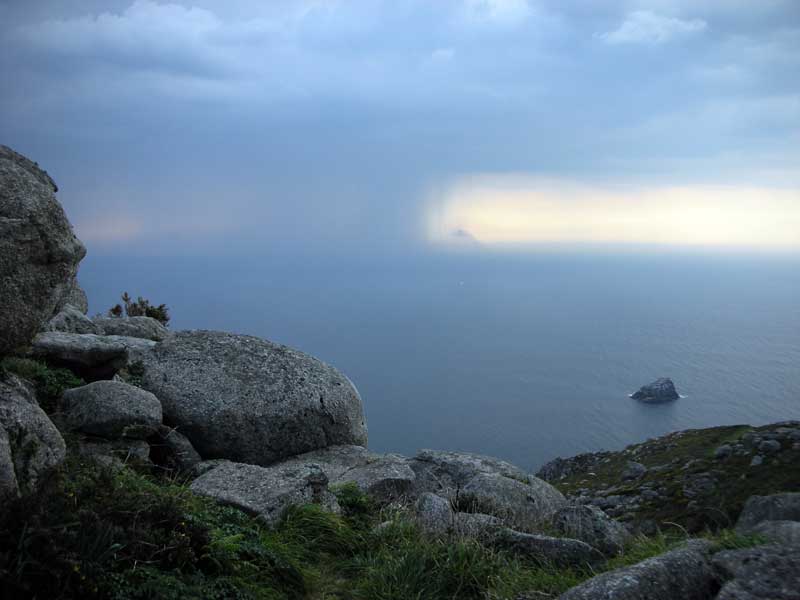 At Finisterra the Celts had a major pilgrimage site, the Ara de Solis or altar of the Sun. The cardinal points had symbolic meaning too. The East represented Birth and Resurrection, the West: Death and the Afterlife. 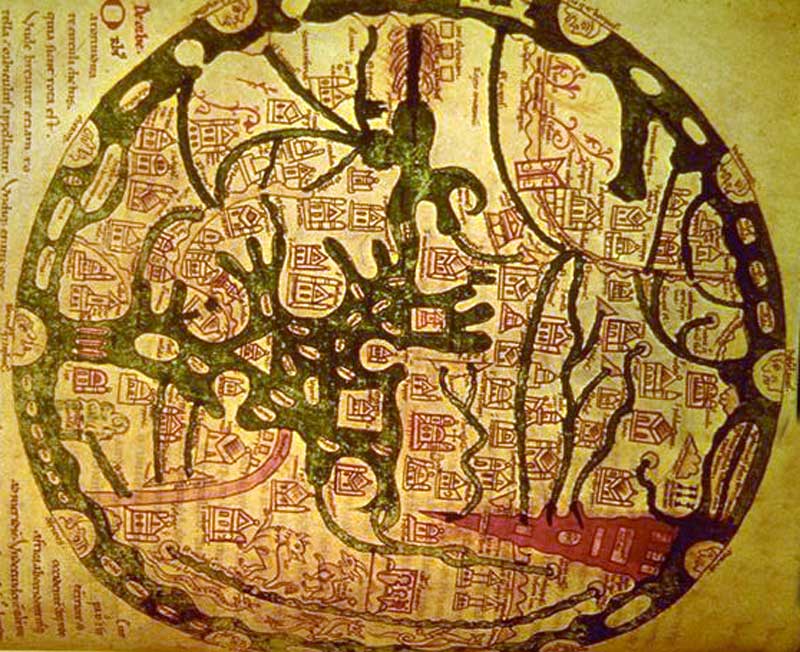 Combined, these elements go some way to explaining why the area around Compostela had from prehistoric times, been a significant place of pilgrimage associated with funeral rites.

Medieval maps of the world depict a circular area surrounded by water with Jerusalem at its centre. Galicia lay at its western point and so Christian conceptions of the world similarly regarded the north west coast of Spain as the ultimate limit of the earth.

Considered in the context of the Mission of the Apostles it was a significant location since the disciples had been ordained at the Pentecost to preach the Gospel to the furthest reaches of the earth. Once the Mission was completed it was to herald the End Times.

The Asturian abbot Beatus of Liebana was a refugee from Islamic Andalusia and the illustration of the Earth in his celebrated Commentary on the Apocalypse  confirms the Apostle James as evangeliser of Spain.  A number of prophetic ideas were now coming together.

Had the Mission of the Apostles been completed? Was the perceived threat to Christendom posed by the Arab invasion of the Spain in the early eighth century that other prelude to Apocalypse prophesied in Daniel and Revelation, the coming of Antichrist?

If so, what more fitting place to go in pilgrimage than that remote limit of the world that was Compostela?

The discovery of the tomb of the Apostle James at Compostela a generation after Beatus thus  seemed an inevitablity.

The Book of Saint James tells us with Apocalyptic foreboding: “As the Eastern Apostolic See was established by St. John at Ephesus, so was the Western established by St. James. And those Sees are undoubtedly the true Sees. Ephesus on the right hand of Christ’s earthly kingdom, and Compostela on the left, both which fell to the share of the sons of Zebedee”. 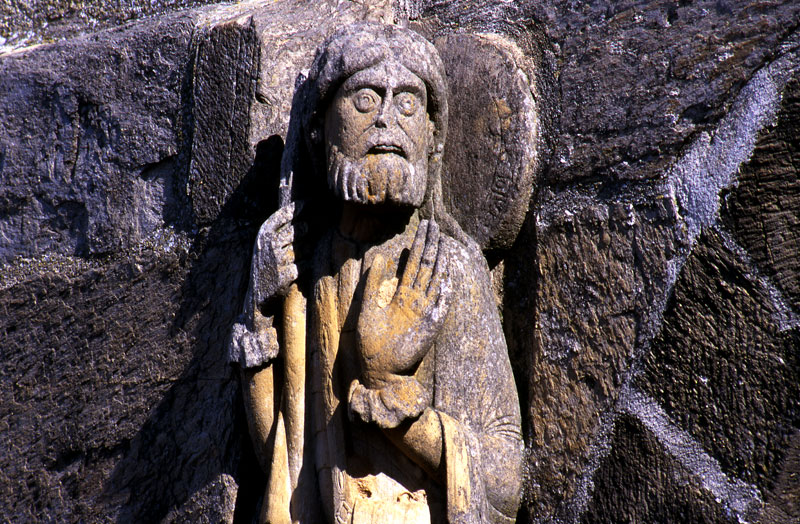