There are four roads which, leading to Santiago, converge to form a single road at Puente la Reina, in Spanish territory

The large Romanesque bridge which gives its name to the Navarrese town of Puente la Reina is eloquent testimony to the important flow of pilgrims that were travelling from France to Compostela by the first half of the eleventh century. Halfway between Pamplona and Estella, its five arches elegantly span the broad, slow moving Arga river. 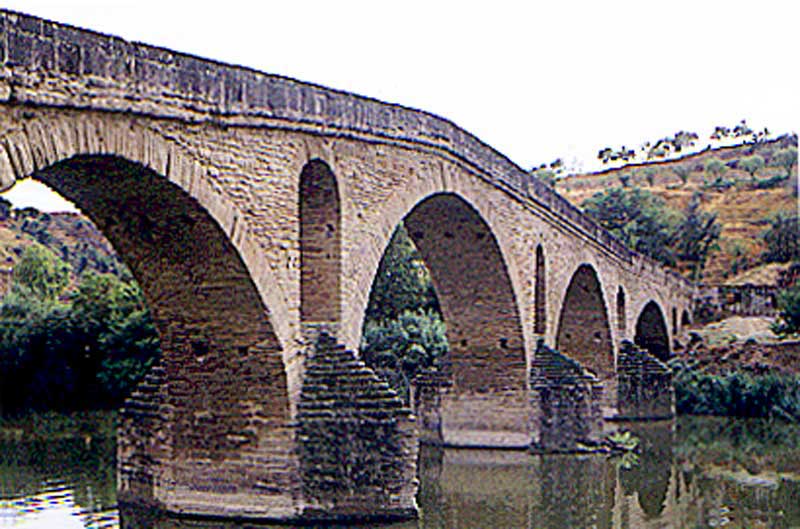 The Pilgrim’s Guide opens with the words “There are four roads which, leading to Santiago, converge to form a single road at Puente la Reina, in Spanish territory.” It is this very same bridge, still standing today which marks the true start of the camino de Santiago

The Guide refers to it as the Pons Reginae or Bridge of the Queen. Built during the first half of the eleventh century, it is said to have been constructed under the sponsorship of Queen Doña Mayor the wife of Sancho el Mayor of Navarre (1004-35).

Taking advantage of Arab disunity following the dissolution of the Caliphate of Cordobá, Sancho had begun to have significant successes against the Moors and was looking to bring the pilgrimage route southwards across Navarre and Castile.The construction of the bridge of Puente la Reina is a notable sign of that development and the wish to facilitate travel conditions for French pilgrims in order to repopulate northern Spain. In 1121 Alfonso Ist of Aragon granted favourable conditions for Franks to settle a town around the bridge, a practice that was occurring all along the pilgrimage road.

According to the History of Charlemagne and Roland the bridge was used by the French army after their famous victory at the seige of Pamplona.