The Annus Mundi method of calculating time from the beginning of the world had been largely superceded by the ninth century, nevertheless it still exerted its influence in matters of an eschatological nature. All along the pilgrimage roads to Santiago de Compostela one sees reflected in the stone carvings of the churches a deep preoccupation with the Apocalypse and the Second Coming. 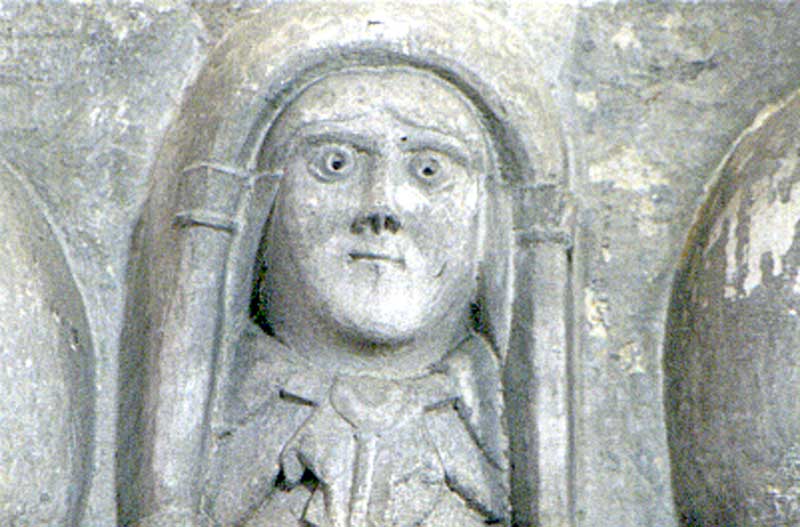 Although since the eighth century a new chronology had been devised which dated the calendar from the Anno Domini, the earlier dating from the Annus Mundi continued to coexist.

This dated from the Creation and used a combination of Biblical and historical material to calculate the year. Most chronologers and historians placed the birth of Christ somewhere in the fifth millennium. The subtext to Annus Mundi was the concept of eschatological time.

Saint Augustine had written warning against attempts to calculate the timing of the Apocalypse and that the prophecies of the Bible should be taken as having symbolic value.

However literal interpretations continued to hold their grasp, even within the official church. 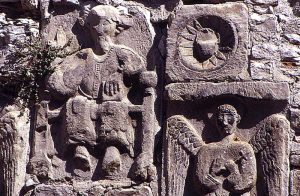 According to these ideas Time was structured according to seven millennia. The end of the fifth millennium would bring the Apocalypse.

This would be followed by the thousand year rule of Christ and the saints on Earth at the end of which Christ would return for the Day of Judgment. The early Christians had believed that these events would occur in their lifetime and for medieval man they seemed equally imminent.

The medieval world considered itself to be a continuation of the Roman Empire. That empire was now in its fading stages and its golden age belonged to the remote past.

The cult of the saints thrived and as the end times approached, pilgrimage to their shrines was a necessary precondition not only for redemption of the individual but for all of mankind.

The pilgrimage to Santiago de Compostela was the most significant of all, for it included the most prestigious shrines of Western Christendom in a journey to what was geographically and spiritually, the end of the world.