The riches of a man are the redemption of his soul 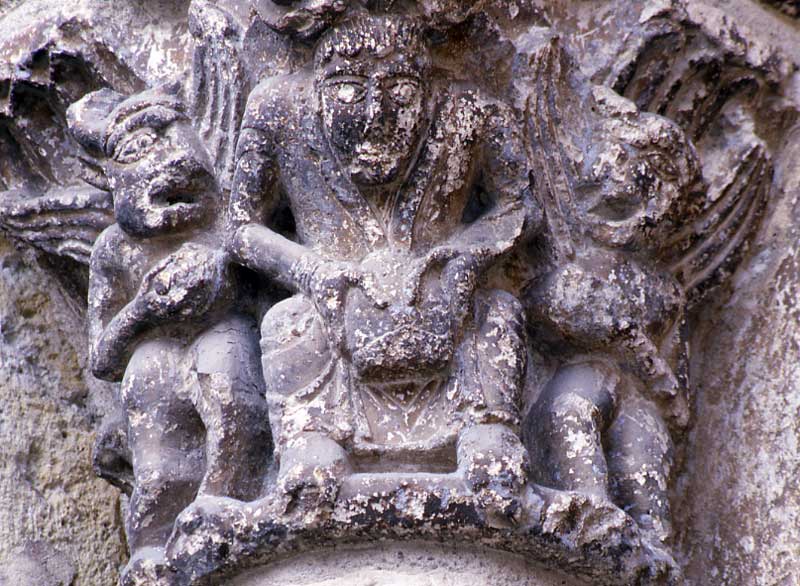 The story of the parable of Lazarus and the Rich Man, from Luke’s Gospel is frequently repeated in the stone carved images of the churches on the pilgrimage roads and its theme that wealth and salvation are incompatible clearly troubled the medieval aristocracy.

Monastic establishments were founded and maintained by gifts from kings, queens, lords and ladies, often as they neared death themselves. The arrangement included the undertaking that the congregation of monks would pray for the souls of their benefactors. Monastic communities endowed with a powerful saintly relic were especially favoured thus. 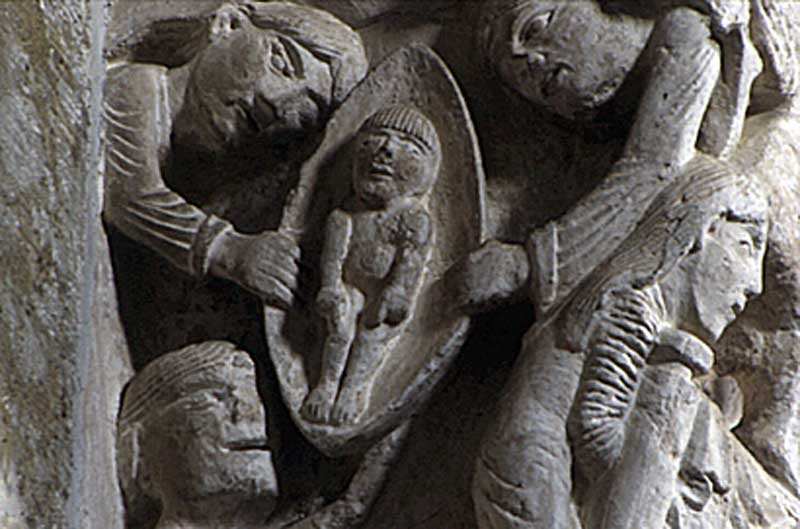 According to the parable, Lazarus a poor leper, was denied crumbs from the table of the Rich Man. When each died, the Rich Man received the torments of hell and cried out to the leper he had refused in life to aid him now. Lazarus, already taken up into the Bosom of Abraham, was unable to hear his plea.

When Duke William of Aquitaine made his foundation for a monastery at Cluny he quoted the Book of Proverbs in his charter: “The riches of a man are the redemption of his soul”.