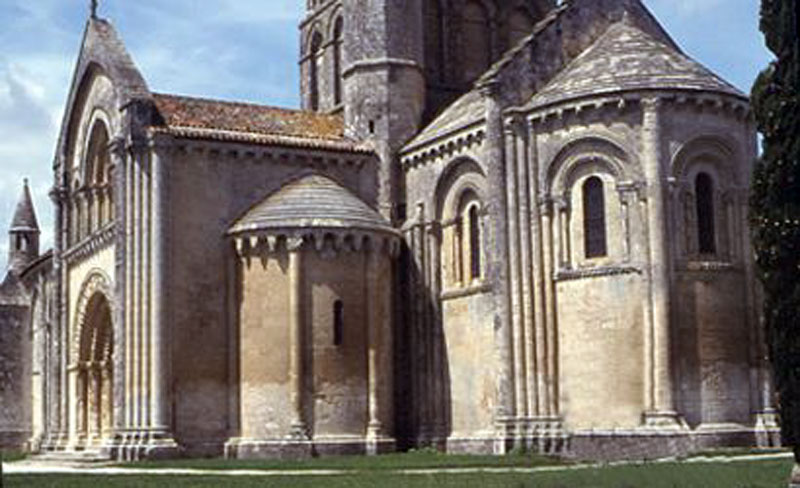 in Europe since the end of the Roman Empire nearly six hundred years previously.

It was a time of  widespread church construction and it coincided with the great age of European pilgrimage culture. A close association was formed between the roads to Compostela and the development of the style of building and sculpture known as the Romanesque.

Churches were not merely practical 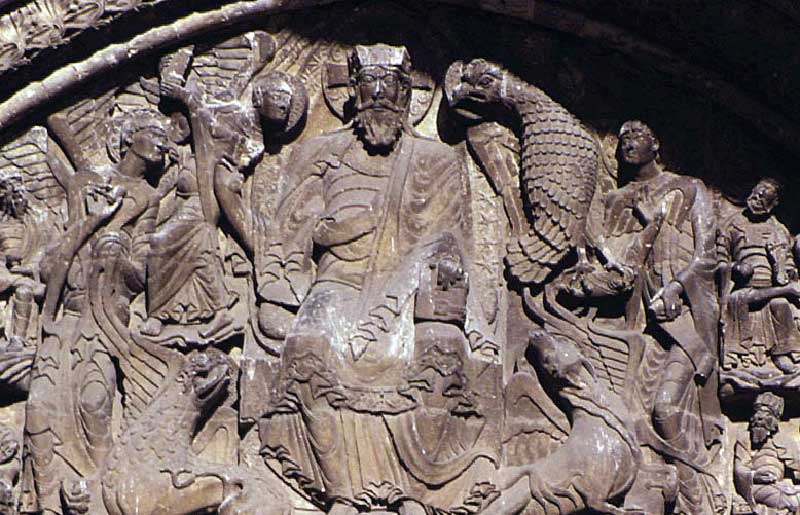 In the Romanesque period this symbolic nature extended itself into the sculpture which filled the strategic points of the church. Great theophanic visions filled the space above the entrance.

The space inside the building had allegorical significance and the stone carved imagery contained a complex iconography derived from a variety of sources and which today is often difficult to decipher. 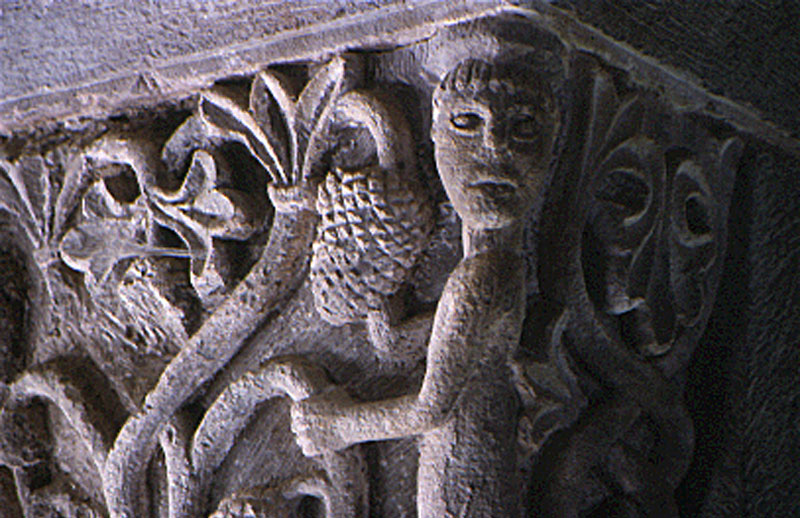 The sculpture of the pilgrimage roads to Santiago de Compostela contains a repeated reference to the Book of Revelation and other Apocalyptic Biblical writing which speaks of a strong obsession  with eschatological ideas and a preoccupation with the coming of the End of the World.