In the City of Leon there are to be venerated the relics of the blessed Isidore, who permeated the Hispanic nation with his doctrines and decorated the holy church with the flower of his writing 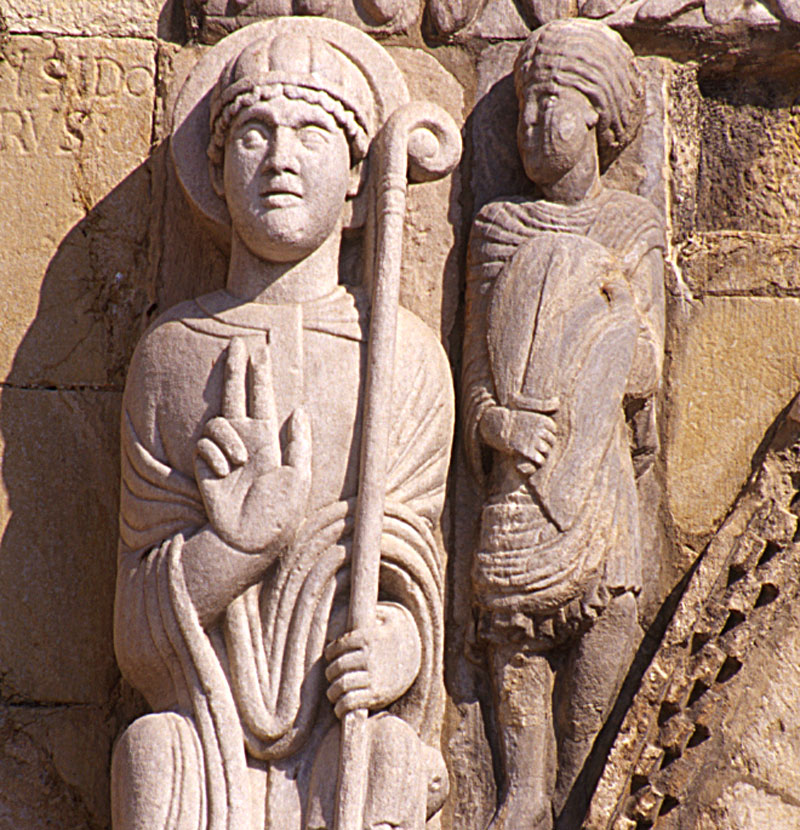 In 1147 Saint Isidore appeared in a dream to King Alfonso VII of León-Castile who was campaigning against the Moors in Andalusia. Isidore assured the king of his aid.

On the field of Baeza the following day, the saint was to be seen mounted on a white charger, leading the Christian forces to victory.

It was Alfonso’s gandfather, Fernando Ist who in 1063 had brought Isidore’s relics from Seville to León where they had been placed in a magnificent silver and gold reliquary casket which had no equal in western Christendom at that time. The embossed figures depict the narrative of Adam and Eve and the penitential figure of Fernando himself.

It was written that during Fernando’s siege of Seville, the ruler of the the Taifa principality had offered the relics of the martyr Santa Justa to persuade the Christians to spare the city. 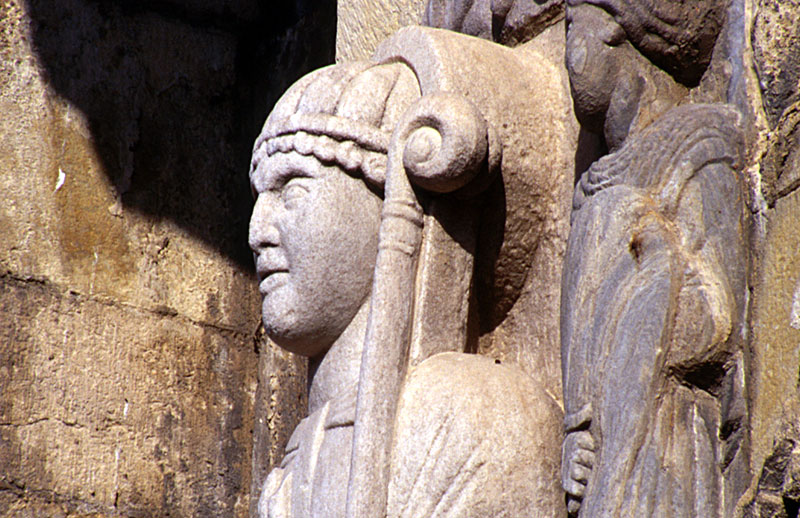 Isidore had miraculously intervened to be substituted in place. Fernando was concerned about the salvation of his soul and Isidore was a saint of sufficient stature for him to be buried alongside.

The choice of Isidore as the patron of León was also explained by the symbolism of the gesture which brought his relics to the northern Christian kingdom. Isidore was the father of the Spanish church and his connections with the Spain of the Visigoths before the Arab Conquest were both political and religious. He was the sixth century archbishop of Seville and as such had been close to the centre of power of the Visigothic kingdom. 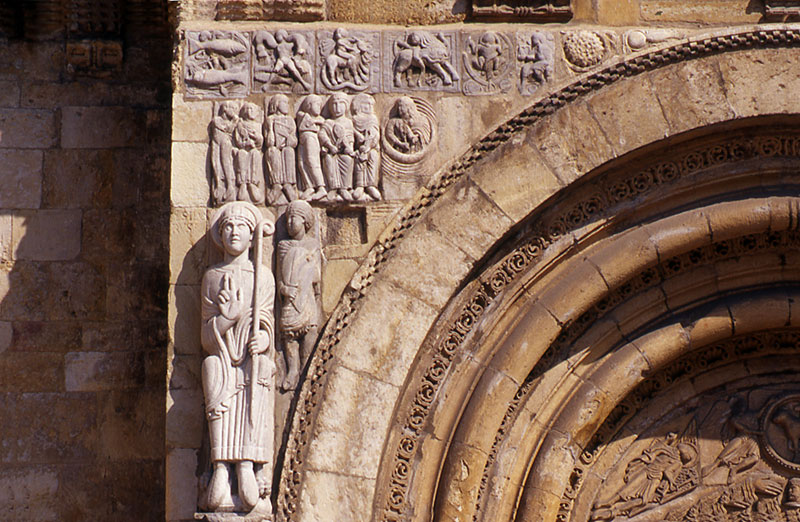 Isidore was a prolific writer having produced a handbook which consolidated the Visigothic liturgy and a monastic rule book.

His most celebrated work is his great encyclopaedia, the Eytmologiae. His theological and encyclopaedic writings were widely disseminated throughout medieval Christendom.

As a Hispano-Roman he came from an educated aristocratic background which the Visigoths were keen to be associated with and Isidore had been commissioned to write the History of the Gothic people in order to exalt the rulers of Spain.“Of all the lands from the west to the Indies,” Isidore had written, “you, Spain are the pride and the ornament of the world, the most illustrious part of the earth, in which the Gothic people are gloriously prolific, rejoicing much and flourishing greatly”.

Isidore died at the age of eighty in 636 having relinquished all his earthly possessions and performed a public penance.