Charlemagne and Alfonso: Historia and History

Alfonso VI was the most successful of all medieval Christian rulers of Spain, uniting the the kingdoms of northern Iberia into a self-styled empire in the eleventh century. The parallels betweens Alfonso’s real-life military campaigns and those of Charlemagne, as recounted in epic myth are striking in their similarity.

A twelfth century Latin account of Charlemagne’s mythological conquest of Spain presents us with a seemingly arbitrary succession of victories and defeats.

After winning Pamplona, the whole of the peninsula is opened up and liberated by Charlemagne.

The emperor then travels to Compostela where he orders the construction of a new basilica.

However, with total dominion seemingly assured, a new Saracen leader, Aigolandus emerges from North Africa and proceeds to recover the lands Charlemagne had previously conquered.

Three centuries later, in the realm of historical fact, a parallel narrative took place. In 1085, the Christian armies of Spain under Alfonso VI finally broke the seven year long siege of Toledo and took back the ancient Visigothic capital from the Saracens.

This appeared to be the decisive turning point in the centuries old reconquest of Spain, which had begun with Pelayo’s first victory at Covadonga in 722.

Buoyed by this success, Alfonso endowed the church of Saint James at Compostela with the funds to build the great Romanesque cathedral, which still stands there today.

However, the Moorish principalities turned for aid to North Africa and appealing to the Berber fundamentalist tribes of the Almoravids, invited them to invade the peninsula. In 1086, the Berbers landed in Spain and led by Yusuf-Ibn-Tashfin, reversed Alfonso’s victory by inflicting a crushing defeat on the Christian forces at Sagrajas.

The tide of Christian advance had been checked and a stalemate remained for a generation. 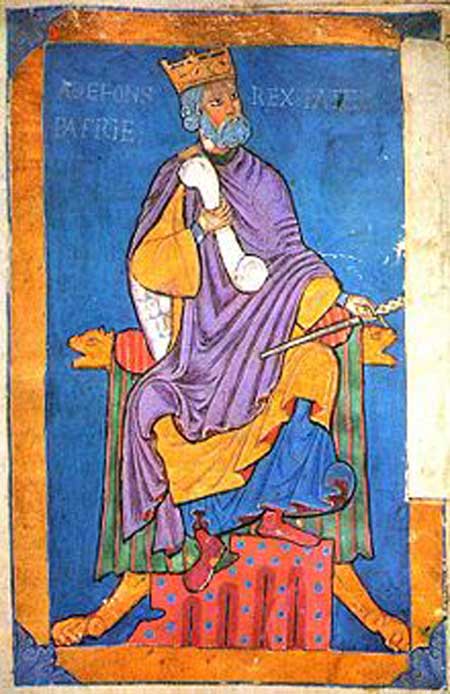 This is the most obvious and striking of the numerous parallels to be found in Turpin’s History between the account of Charlemagne’s campaign and the actual historical conflict between the Christians and Moors in eleventh century Spain.

From 1077, after a period of intense conflict with his two brothers, Alfonso VI emerged as the sole ruler of Christian Spain and was dubbed emperor. On his death in 1109, he was buried at the Cluniac monastery at Sahagún.

It seems to have been the intention of the authors of the History, a text compiled a short time after Alfonso’s death to conflate the personalities of the two emperors.

Just like the Charlemagne of Turpin’s History, Alfonso was an assiduous promoter of the pilgrimage to Compostela, contributing greatly to its infrastructure by means of numerous charters for the improvement of bridges, the establishment of hostelries, hospices and monastic endowments for the benefit of pilgrims. 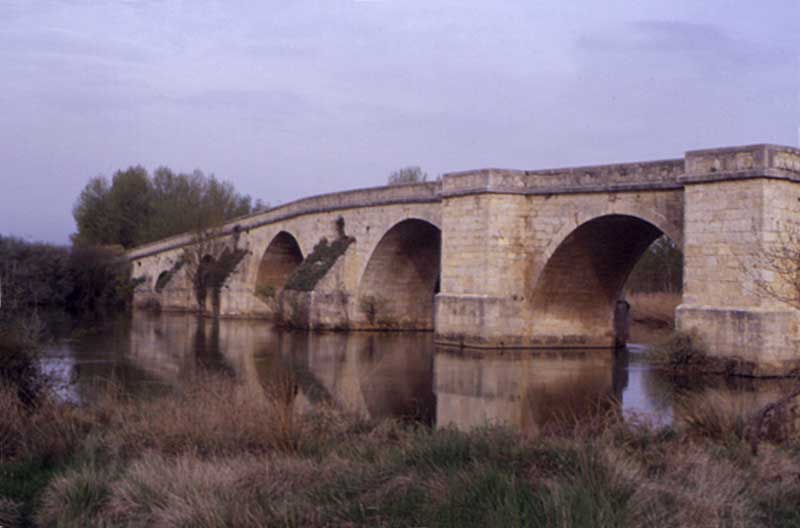 In 1085 Alfonso had famously dreamt of the Milky Way and the narrative of Turpin’s History begins with Charlemagne’s own dream of that same celestial phenomenon, followed by a visitation from Saint James the Apostle who explains its significance. The dream was an injuction to the emperor not only to liberate the shrine at Compostela but also to establish the road leading to it.

The similarities continued. Following his victory at Toledo, Alfonso had descended to Gibraltar and symbolically dipped his lance in the sea to signify his complete dominion over the Hispanic peninsula. 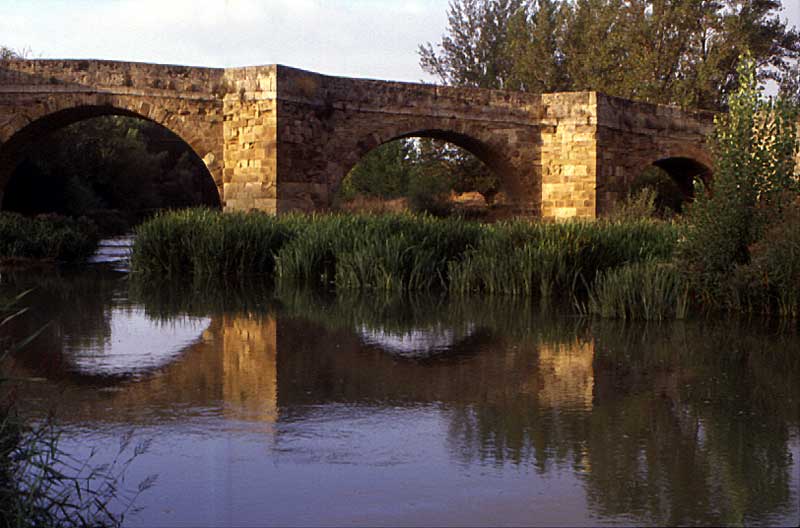 Turpin’s account records that Charlemagne after liberating Compostela had journeyed the short distance to the ocean at Padrón and placed his lance in the water in similarly symbolic gesture.

Finally, the conflation of the two emperors is confirmed by the long and detailed list of Charlemagne’s conquests and victories, a list almost identical to the one Bishop Pelayo of Oviedo had provided for Alfonso’s campaigns.

By associating Alfonso with the most revered of all medieval figures, those who worked on the production of the manuscript were not merely performing a simple exercise in aggrandising the reputation of a recently deceased monarch. They were placing the recent past in a mythological and legendary context.

In the same way that Biblical exegesis determined that narratives from the Old Testament were precedents and prefigurations of those which were recounted in the New Testament, so the wars of Alfonso against the Saracens were by inference, assumed into an ongoing teleological process which had originated in the time of Charlemagne.

This notion is encapsulated in chapter four of the History, which is devoted to a description of what was presumably the antique statue of Hercules which still stood in those times at Cadiz and held a key in one hand. 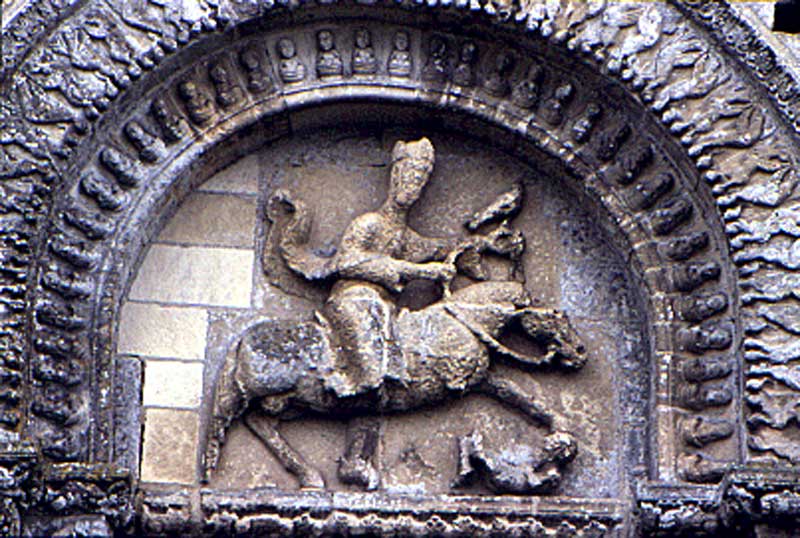 Turpin attributes the statue to Muhammad. To the Saracens, Turpin also attributes the prophecy that the “certain key, so the Saracens themselves say, would fall from his hand in the year that a future king would be born in Gaul who would subjugate the whole land of Spain to the laws of the Christians in the end times”.

This is a clear invocation of the Apocalyptic thrust of the Reconquistá and evocation of the legend of the Last Roman Emperor who was to defeat the forces of the Antichrist before depositing his imperial crown on the Mount of Olives, an act which would herald the Apocalypse.

Saragossa had been the goal of Charlemagne’s campaign of 778 when he crossed the Pyrenees in his failed bid to take the city.

Three centuries later, Saragossa also successfully resisted the armies of Alfonso VI. The city was eventually captured in 1122 by a combined Crusader force led by one of Alfonso’s successors, Alfonso el Batallador, who also dubbed himself “imperator”.