To the peoples of Spain and the western places, at the world’s edge 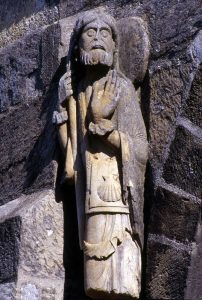 Saint James the Greater was one of Jesus’ twelve Apostles. A Galilean fisherman, he was with his brother of John and their friend Peter the first disciples recruited by Jesus and they formed his inner circle.

Always closest to him, they alone witnessed the Transfiguration on mount Tabor when Jesus revealed his divine aspect for the first time.

According to the Acts of the Apostles he was executed on the orders of Herod Agrippa in AD 44 , the first Apostle to be martyred.

By the time of the discovery of the mausoleum at Compostela, the burial places of all the major Apostles were known with the exception of Saint James. Peter and Paul at Rome and John at Ephesus.

It was generally believed that the Apostles were buried in the lands which they had evangelised. 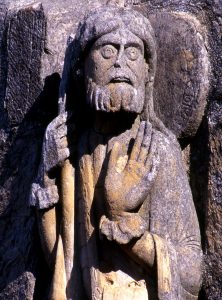 Already before the discovery of the tomb, there had been a growing interest in the cult of Saint James in Spain and a tradition that he had fulfilled his Apostolic Mission there.

In the first century, the apochryphal Gospel of the Twelve Holy Apostles describing the gift of tongues which had been given to the Apsotles at the Pentecost so they could carry the gospel to the the world, ascribed to each one the language of the land he was destined to evangelise.

James was given the gift of Latin, implying lands to the West.

A Greek language account of the Apostles and the lands where they had preached was written and translated into Latin some time in the seventh century and was known as the Breviary of the Apostles. 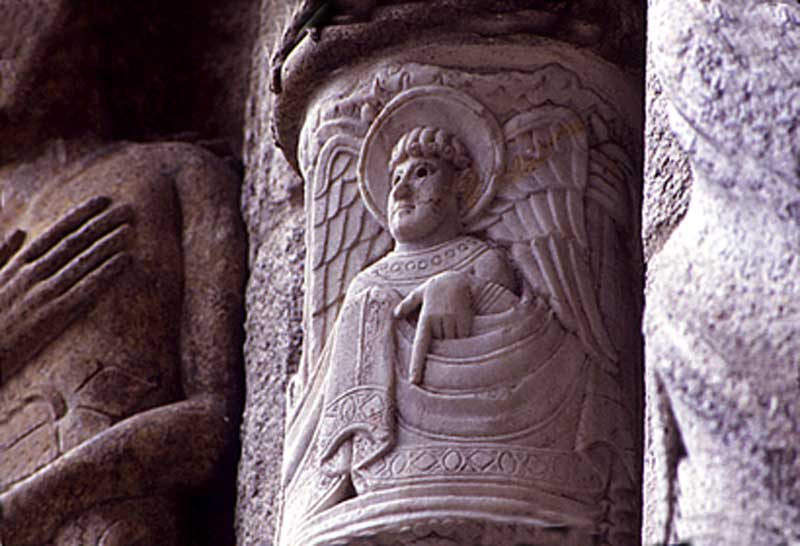 Here it records that Saint James had preached in Spain.

A short time later another text, again of indeterminate date and attributed at the time to Isidore of Seville dealing with the lives of the Apostles and Prophets confirmed the belief that James had preached:“to the peoples of Spain and the western places, at the world’s edge”.