The gifts of nature have not entirely rotted away 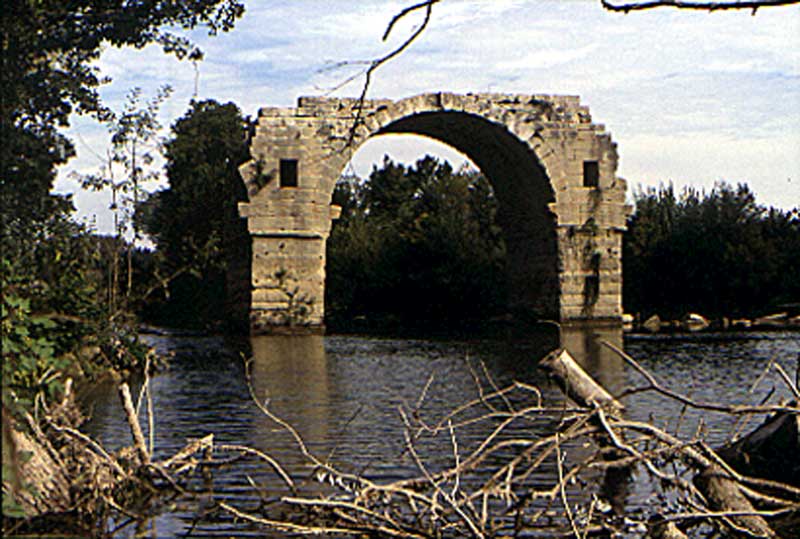 The medieval historian Guibert de Nogent encapsulated the notion of history as a process of decay. To understand the mindset of the medieval pilgrim one should take account of the eschatological world view which was universally accepted at the time.

In the twelfth century, men could not help but notice that all around them lay the ruins of a great civilisation.

Temples, civic buildings, great bridges and roads had crumbled and fallen into disrepair through neglect. What remained spoke of a glorious past, of a society whose organisational and technological capabilities were far beyond those of the present time.

And yet in the early twelfth century a Benedictine monk, Guibert de Nogent, abbot of a northern French monastery wrote criticising those who praised the achievements of the ancients over those of his own day. In doing so he revealed an attitude prevalent in his time. Men believed that their world was quite literally growing old, that its period of greatness was now in the long distant past and that the Roman Empire had constituted a golden age.

What lay ahead was the Apocalypse and the task of society was to prepare the way for the inevitable: “Although pure strength was pre-eminent among the ancients, yet among us, though the end of time has come upon us, the gifts of nature have not entirely rotted away”, so wrote the abbot.

“Certain mortals” he continued, ”have developed the foul habit of praising previous times and attacking what modern men do … However, no discerning individual could prefer in any way the temporal prosperity of the ancients to any of the strengths of our own day.”

By this the abbot, Guibert de Nogent, meant that the spiritual strengths of his day were of greater value than the material wealth of the past.