The Legend of the Last Roman Emperor

A legend of a last Roman emperor was part of medieval Western European Apocalyptic conceptions. Much of Christian eschatological thought was predicated on the notion of the four empires of the world from the Old Testament Book of Daniel, an important text in the medieval period. This dictated that the span of earthly time was to be divided into the dominion of four empires, the last of which would be a tyrannical and evil power. Its ultimate destruction in a great battle would inaugurate the Apocalypse. 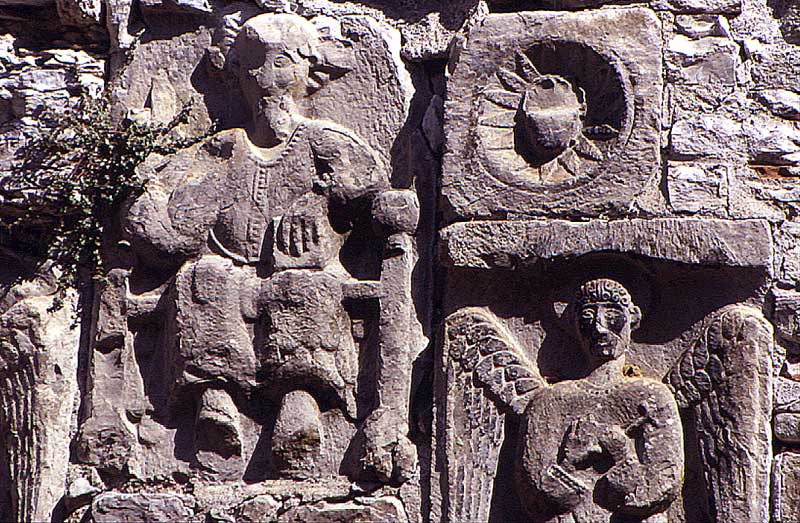 These empires variously consisted of The Greek, Persian, Babylonian, Roman. The advent of the Babylonian and Roman empires caused much stirring of Apocalyptic pronouncements for Jews and Christians as they were oppressed by each in turn.

The Book of Revelation carries an implicit idea that it is Nero’s first century Rome which is the final evil empire, however with the conversion of Constantine  and the establishment of Christianity as the state religion of the empire that view was revised.

The sack of Rome by the Goths and the barbarian invasions of the early fifth century brought fresh prophetic proclamations however it was with the Arab invasions of the Eastern Roman Empire in the seventh century that the notion of a Last Roman Emperor took root.

Originating initially in a text attributed to a Bishop Methodius writing in the Byzantine empire then suffering the first wave of Arab conquests, the prophecy identified in dramatic terms its contemporaneous upheavals with the arrival of the last evil empire.

It told of a sleeping emperor who would awake and lead an army against the forces of the Antichrist. As the victor of a great battle which brought an end to the strife endured under the evil empire, the Last Emperor would go to Jerusalem and place his crown on top of the Cross at Golgotha. By this act he would surrender his temporal authority, thereby ushering in the events of the Apocalypse and the millennial rule of Christ and the Saints on earth.

These beliefs concerning Apocalyptic prophecy were translated to the West as the Arab invasions progressed across the Mediterranean and, it can be reasonably speculated, partly informed the attitude of the medieval Christian church towards Islam and the Saracen presence in the Holy Land and Spain.

With Charlemagne’s coronation as Holy Roman Emperor in the year 800, the torch of responsibility for fulfilling these predictions seemed to be passed on to the Franks. Around the year 950, Adso the abbot of the Cluniac monastery at Montier-en-Der wrote a text in the form of a letter to the Frankish queen Gerberga on the subject of Origin and Life of Antichrist. Adso was an important writer of the tenth century and his manuscript made full use of the prophecies concerning a last emperor.

“Even though we see that the Empire of the Romans is for the most part destroyed, nevertheless, as long as the kings of the Franks, who possess the Roman Empire by right, survive, the dignity of the Roman Empire will not perish altogether”, wrote Adso, clearly identifying the Frankish kings as the inheritors of the Roman Imperial authority.

“Indeed, certain of our learned men tell us that one of the kings of the Franks, who will come very soon will the possess the Roman Empire in its entirety”, he continued,  “And he will be the greatest and last of all kings. He, after governing his kingdom prosperously will ultimately come to Jerusalem and lay down his sceptre and crown on Mount Olivet. This will be the end and the consummation of the Empire of the Romans and the Christians. And immediately, according to the aforesaid opinion of the Apostle Paul, they say that the Antichrist will soon be at hand.”

In Romanesque sculpture a recurrent theme is that of the Victorious Rider. There are numerous examples along the pilgrimage roads to Compostela.

The horseman, always presented riding over a cowed figure beneath, represents the military strength of the temporal champion of Christianity with which the legends of Constantine and Charlemagne are endowed and which is assumed into eschatological thinking by the prophecy of the Last Roman Emperor, all of which fed into the Crusader mentality of the medieval world.